Mt. Kumotori is one of Japan's famous peaks, and it's a nice overnight excursion from Tokyo. Takeshi said you could climb it in winter. So now, fourteen months after he told me that, I have gone to the top, and it was well worth the effort.

The trail head is at the end of a bus route that departs from Okutama Station. You could theoretically take early morning trains from central Tokyo to make this connection, but it would involve waking up at some obnoxiously early hour. I stayed at a hotel in Mitake, got up at 6:15, and went on my way. I took a leisurely morning and got to the trail head around 9:00, the summit at 12:30, and then got back to the trail head by 3:00. 22 kilometers in 7 hours is a fairly relaxed pace, but I wouldn't want to go faster because if you work up too much of a sweat, you get cold when you stop.

The views were spectacular. Mt. Fuji to the southwest, the Alps to the west, and Tokyo itself off to the east, it was all crystal clear today. There was a little wind but not much. It's February, so it's cold outside, and you definitely need spikes to do this climb in the off season, but if you can find a day like today, go for it. 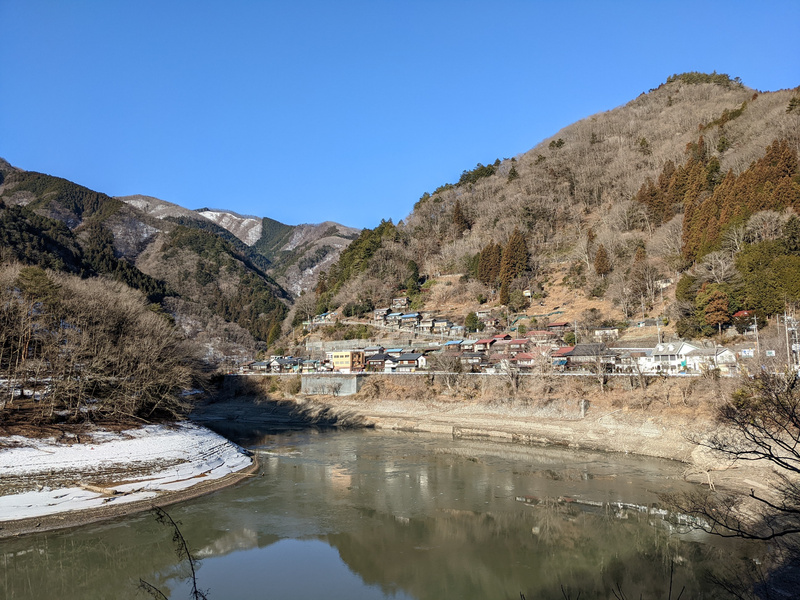 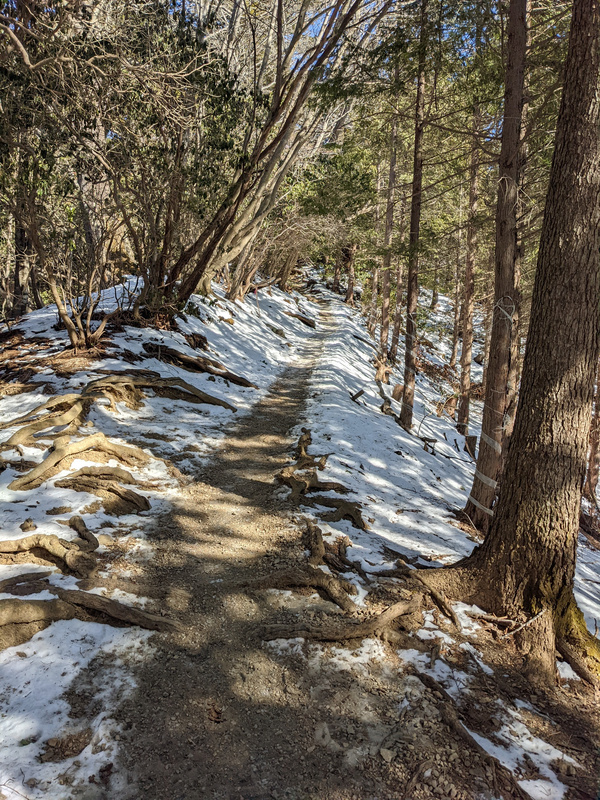 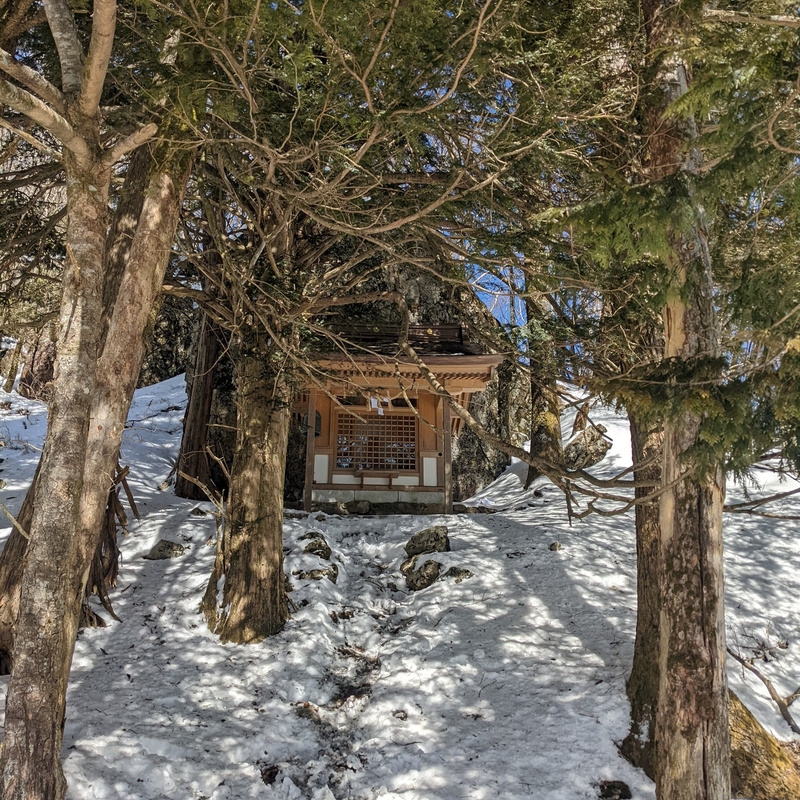 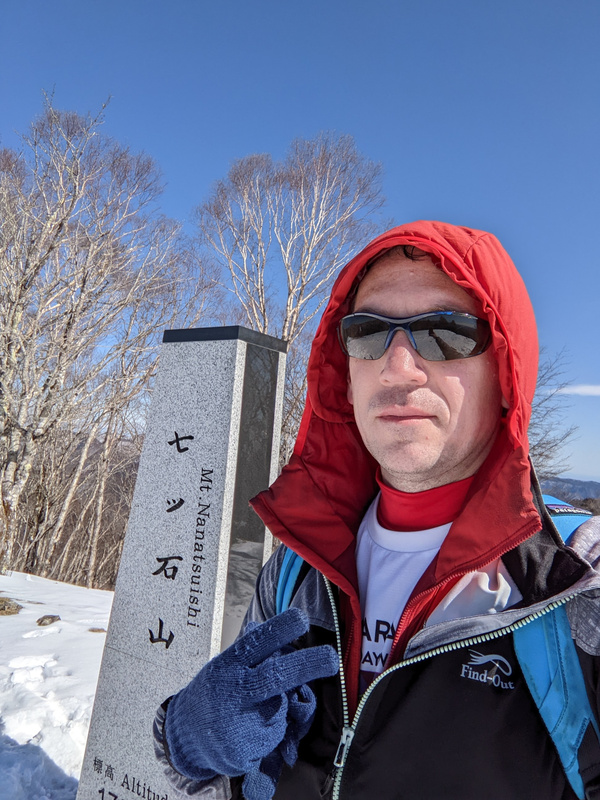 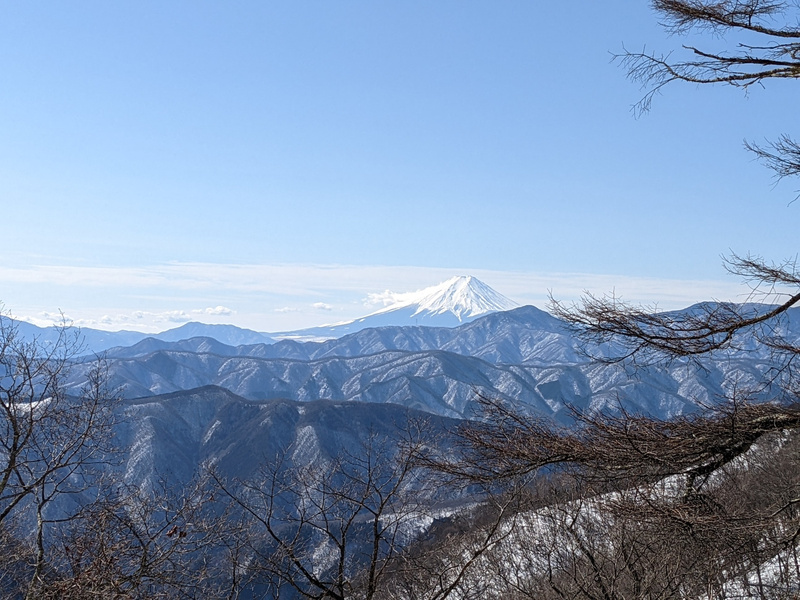 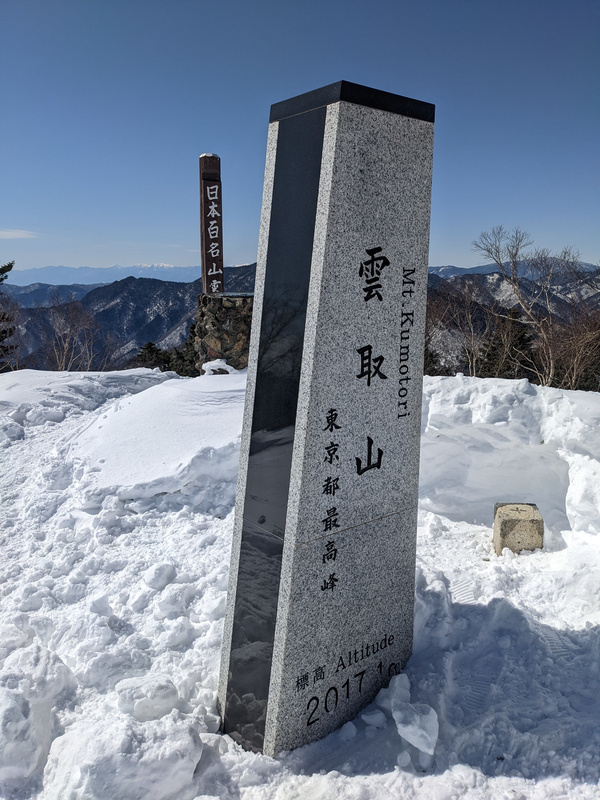 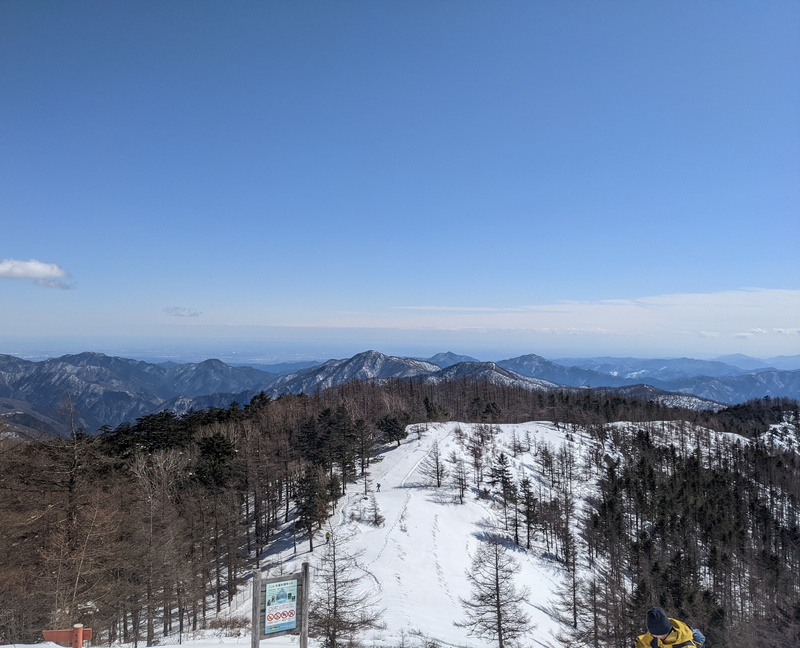 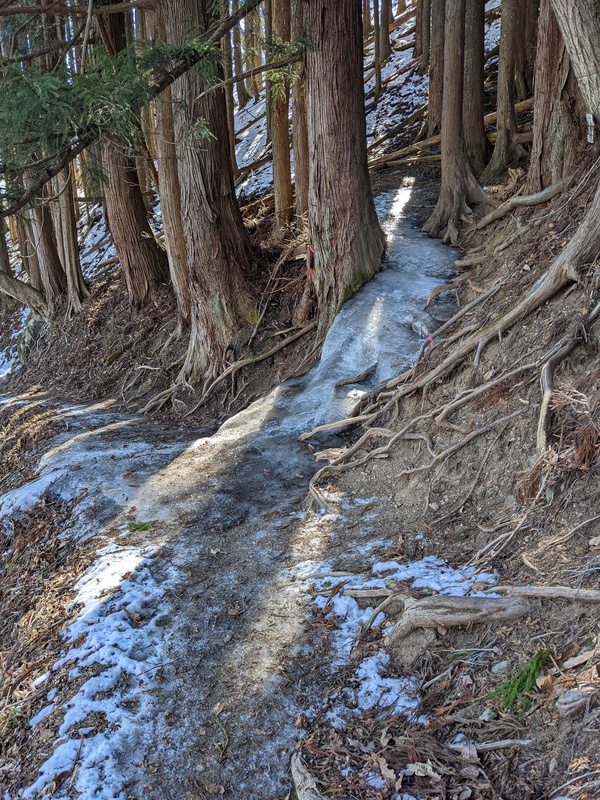 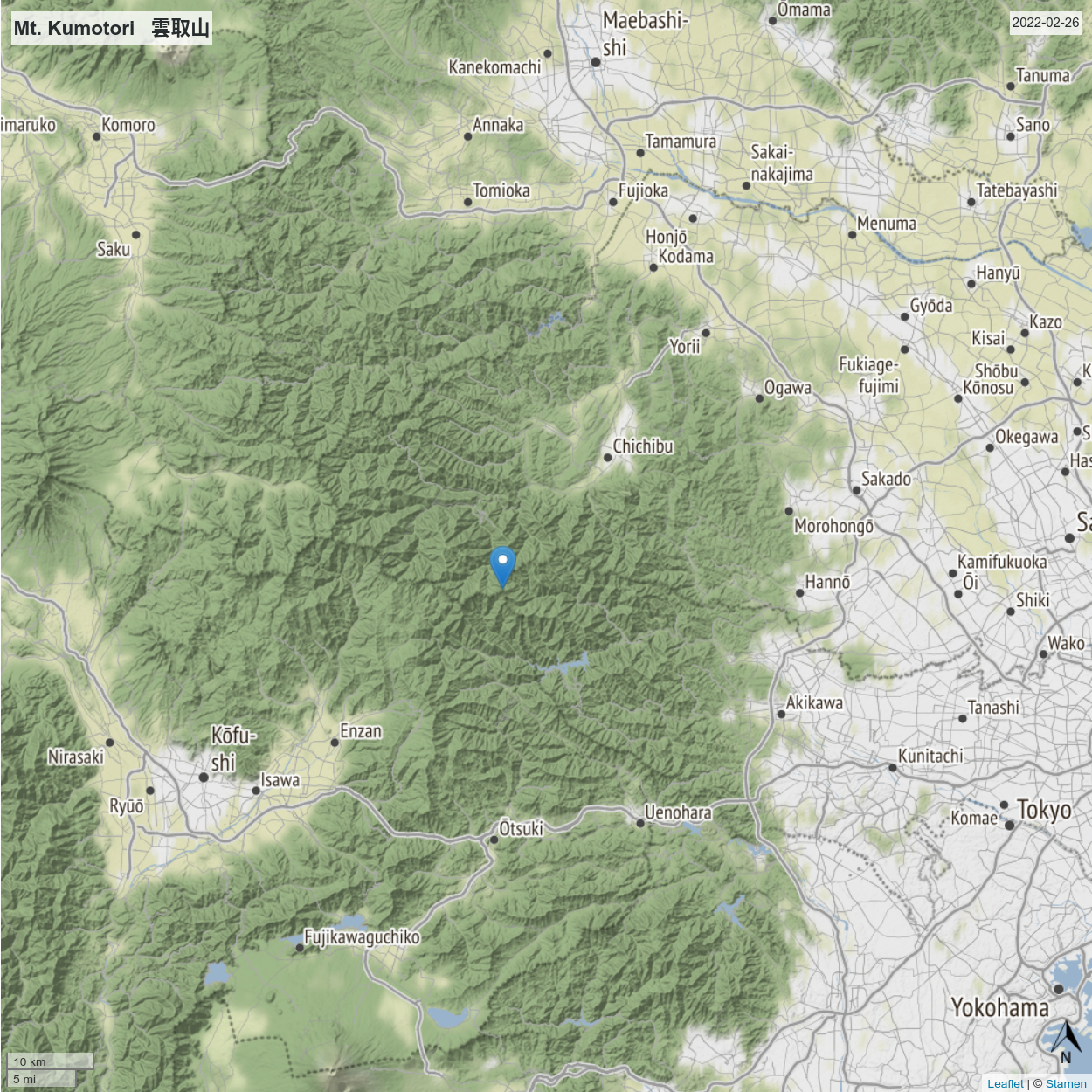