This year I ran the Tokyo Marathon on February 25. Last year was fun, I figured this year would be too, and it was.

It was cold and cloudy, but the weather remained steady all day, which made for good running conditions. My time was about the same as last year. I felt great at the beginning and ran a nice speed, the same as my regular training speed. After about the 30 km mark, I was out of energy, and I finished at a slow pace, coming in just under the four hour mark. Even in the second half of the race when I ran out of energy, I felt pretty decent, and I didn't get injured.

There's a saying that any veteran marathon runner would know, Nothing new on race day. So I chose my gear from my normal training wear: sunglasses, running shoes, a pair of wind pants, synthetic socks, synthetic underwear, a long-sleeve nylon shirt, a thin windbreaker, and a calf compression sleeve (for the leg that got injured years ago). The faster runners wear less gear, but they generate more body heat and finish sooner. For the start, I bought a rain poncho at Family Mart. I ditched the pants right before the gun, and I ditched the jacket ten minutes into the race. February mornings in Tokyo are cold, so you have to bring some disposable clothing to keep yourself warm before the race starts. Don't forget the Vaseline beforehand to combat nipple and groin chafe. I didn't put on sunscreen because I'm out right now, but luckily the clouds protected my face.

The race is organized very well. There are plenty of food and drink stations, and fans give away a lot more food and drink to anyone running by. The elevation change is minimal. More significantly, though, the fans are just amazing. For the entire forty-two kilometers, people cheer for you. They give you high fives, wave, yell encouragement, and generally make for a friendly racing atmosphere. I haven't run other major marathons, so I can't compare, but in any case, this one is ideal.

My only complaint is that many runners who check luggage have to walk about twenty minutes after the finish line to reclaim it. They give you some drink, food, a towel and emergency blanket, but still it's just rough. Once we stop running, our body temperature drops a lot because our gear is thin and sweat-soaked, and on a cold day like today, that walk was miserable. Although, if you have a friend who can meet you at the finish, you wouldn't have to check anything, and the whole fiasco could be avoided. 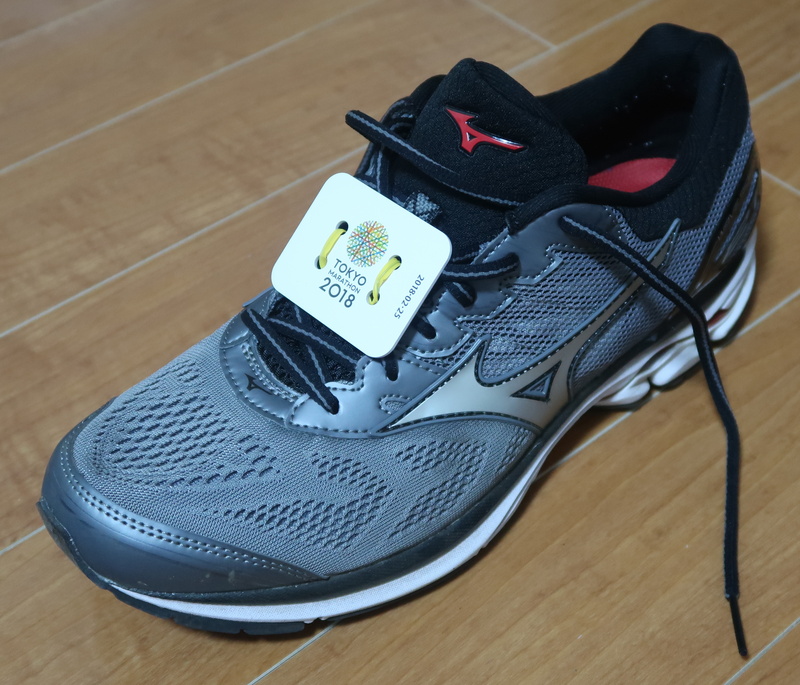 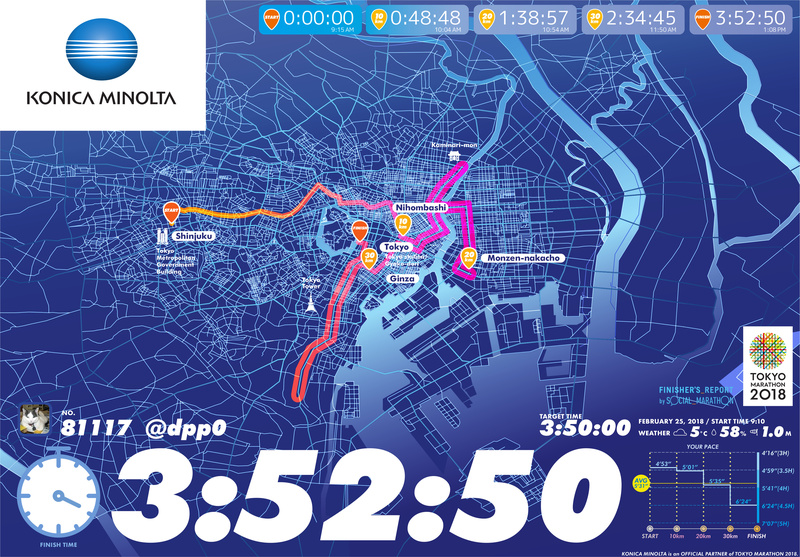 Two years ago I tore my calf muscle playing basketball. Apparently this is a common injury for men in their thirties who play basketball. Bummer, right? Since then, I've had several smaller problems with the same leg. To deal with this, I found a great book: The Anatomy of Stretching by Brad Walker. There are many stretches that I'd seen but didn't use or understand, and others that I never knew about, that help me a lot now. Also, I go to the physical therapist on a regular basis. They do good stuff, and it's helpful to talk to the experts. I've made progress in caring for my legs properly, but sometimes things don't go well. If you look at the calendar and notice a week or two without running, that's why. On the plus side, when I'm not running, I often go bicycling and do weight training.