The following is an essay I submitted to 2009 JET Journal. It was rejected.

My grandfather died last June, and I didn't go to the funeral. It was too far away, too expensive. The truth is, I didn't want to go, though. Getting together after someone dies is a way to bring closure and to grieve, and no doubt that's important. But it's much more important to get together before the person dies. That's what we had done. In May, a month before my grandfather died, he came to Japan. His friends told him not to go, asked him to think of his failing health. But I think it was precisely because of his failing health that he insisted on going. The man loved to travel and be with his family, and to have that taken away is a burden I don't want to imagine. Neither did he, as it turns out.

So, in May my grandfather came to Japan with my parents. The four of us went to Tokyo and Kyoto and Himeji. We worried, my parents and I did, that my grandfather might wander off somewhere and get lost. So when we got to the hotel, we gave him three hotel business cards — one for his wallet, one for his jacket pocket, and one for his pants pocket. We worried because there are three things my grandfather wanted every day: coffee, the New York Times (or failing that, the International Herald Tribune), and to check his email. Every morning, he got up and tried to find these three things. Of course my grandfather spoke no Japanese, so watching him find a newspaper was a sight to see. In the train stations he walked from vendor to vendor asking whether they had a newspaper in English. Most of the vendors had no idea what he meant, but nobody was ever rude, and in any case he didn't give up until he found something to read.

I clearly remember the day he died. I went to Yashima Junior High School, and when I checked my email after first period, there was the sad news. "Oh shit ... shit ..." I said, not loudly, but surely audible to the other teachers in the staff room. Nobody said anything. Not knowing what to do, I decided to take a walk through the hallways. This is a good strategy: when you're at a loss for words, go take a walk and look around. It will no doubt not solve your problem, but nobody would expect it to, anyway.

Yashima is an old building. It turned 61 this year, and the tea lady remembers when she studied there, the year it was built. When she was a student, the building was heated by a stove in each classroom. Steam pipes were added later, and they weave through the hallways at head level. As is standard for buildings of that era, the exterior is drab concrete. Off-white paint is peeling, and the wooden gym floor is buckling. I walked through the hallways that morning trying to figure out how I felt. The school has character, and places with character have the quality that they color the memories you form there. This April, Yashima is moving to a new building, and I think the old one will be torn down. I can't help but imagine that the memories I have, what my grandfather meant to me, will somehow be taken away too. This doesn't make sense, but even so.

In the hallway of Yashima there hangs a sign. The sign, which displays the school motto, reads, 「自分で決め 自分で歩く 自分の道。」. "Make your own choices. Walk your own pace. Choose your own path." I have always liked that motto, and it seems my grandfather did too. He loved to travel, and visiting Japan was his way of chasing his dreams, even in the end. Especially in the end. And that makes me smile. 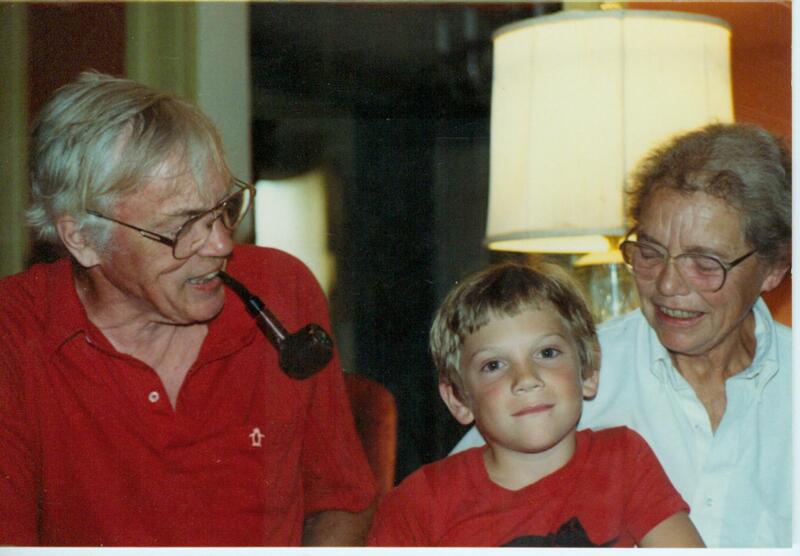 Here are some other pictures from my parents' and grandfather's visit to Tokyo, Kyoto, and Himeji Castle in 2008.